These words are plastered all over “foods” in our grocery store aisles and, like sheep, we grab them off the shelves, without hesitation. When did fat become the enemy? 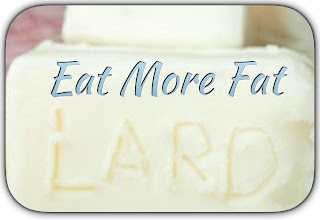 The Enemy:In the late 1980’s a “War on Fat” was created. Apparently, research showed that America was getting fatter and unhealthier…Fat (supposedly), specifically saturated fat, was  deemed the cause.


The Mistake:
In an effort to reel in obesity rates, the need for diet related medications (i.e. cholesterol meds… or really any medication you have to take…) and get America “healthy” again, fat was removed from foods. Why didn’t this make us healthier? Well, fat was then replaced with processes and processed junk! Fat tastes great! When you take it out, you really have no flavor left. So… in comes sugar… and we all know how Primal Mom feels about sugar…

The Consequences:
According to the National Institute for Health, in 1974, about 15% of adults were in the obese category. Fast forward, through four decades of “low fat” foods… and that number has basically tripled, leaving almost 40% of adults, in the United States, obese!!!! That is not even counting the number of adults that are just considered overweight. If you want to factor in the number of people overweight, sadly, that number is about 66% of our population. All the while, stocking their pantry’s with low-fat, light, fat-free, reduced calorie, non-fat and skim “products”.
Needless to say, since removing fat from our diets, we are fatter, unhealthier and on more medications than we ever were in the 1980’s, when the “War on fat” began. In fact, there are claims that removing fat from our diet has had the most disastrous effect on our health, than any other dietary change, in history… Wow! 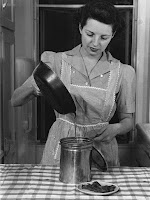 Cook with clean oils: Avocado and Olive Oils, to name a few. Cook with real butter (like my great-grandmother used to do, who also lived into her 100’s!)
Stop getting so concerned over caloric intake for weight loss and just focus on whole, real, unprocessed foods, free of chemicals and other additives.
Naysayers, hold your critiques and wait for my upcoming blog post on “Dietary Cholesterol: Why it isn’t so bad!”

Let me finish by saying… you cannot, logically, look at “Low Fat” cheese or any food, where something has been removed from it, and think to yourself, “Well, this is a good idea!” Go buy some fat…